Working on developing my art.

So I freehand copied a photo that I found on pinterest. 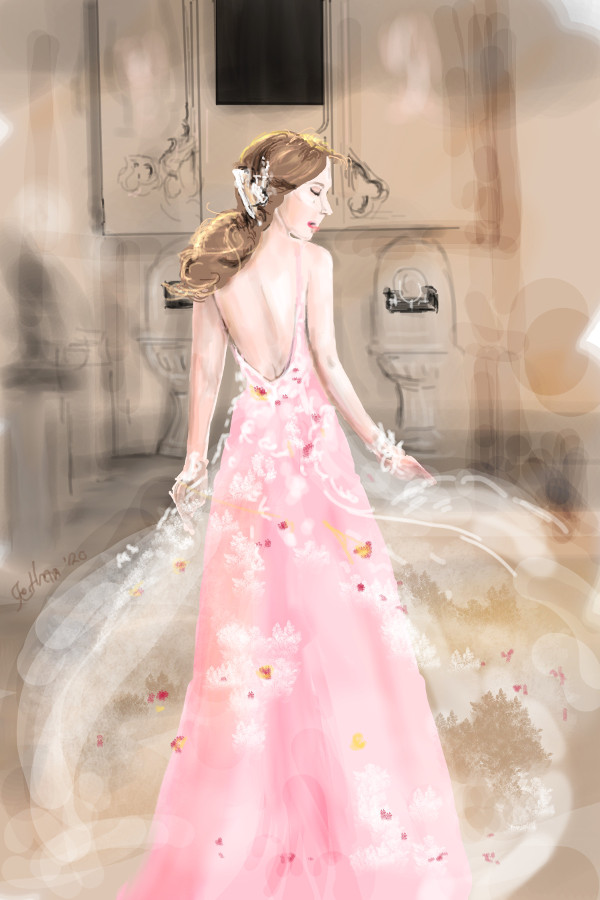 Now I have a board to collect reference photos and the resulting studies when I draw them.

It took around two and a half hours?  This is as much as I felt like doing in a sitting and I didn’t feel like coming back to it to add more details and finish it, so now I’m simply sharing it.

…Is today, which I found out by accident.  So, I shall share some Spectra artwork I’ve done during my blog silence: 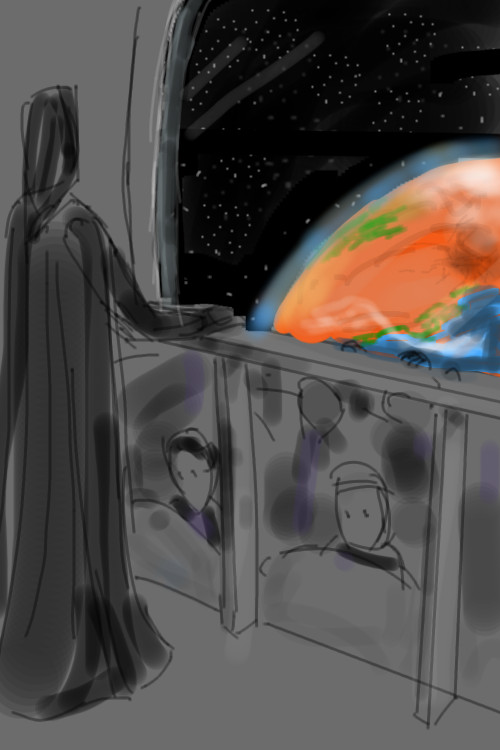 And a comic page draft I drew today!

I’m writing a sci-fi fairy tale this NaNo, it’s off to a slow start since I don’t have a clear enough plot concept.  But I envisioned a badguy dragon talking to the MCs while slowly flying around in the dark, so I came up with this.  I think he will be more shadowy and less blue, but that’s what I get for starting with a dark background.

I’ve only written 552 words for NaNo so far, and it’s day 3.  I probably need to ditch what I thought the beginning would be and just go for the story stuff later, where there is a story happening.

2112 words written and 3 pages drawn for Camp NaNo so far.  I stalled over cover design, but at this point I’m willing to use a bit of filler work just so I can get to the actual comic without worrying about getting the perfect image in my head.

They are too cartoony.  And also conveying my reaction to realizing I had drawn the sun icon on top of the text outline in the same layer, so I wouldn’t be able to easily edit and save them for later (to develop my own title font for SoA), thus I kinda lost interest in making it look great for now.  But the mood is conveyed and Tristan and Dhelran’s typical attitudes in this book are accurately portrayed.  Some success then.

I’m over-achieving my tiny Camp NaNo goal, but I really want to draw a lot more pages then my current rate.  Someday I’ll have to update the cover, but not during Camp!

Basically, I feel like I’m overthinking Spectra and ought to get started on the comic version (the novels are absolutely not ready to be shared though), however it’s still intimidating.  And man, I want to draw quick simple comics like this instead of proper ones.  I have no idea what to do.  I’m better off drawing something than only overthinking…but I don’t want my stories all reduced to silly comics.

I failed that “write 100 words a day for 100 days” challenge.  Rather expected that to happen.  I wrote about 4,000 words for Spectra (a lot of it plans, not purely narrative), so that was good.  Except I had a habit of not writing out my ideas fully when I had them because I wanted to have an idea for tomorrow to work with.  I kept halting myself too much.

Plus, comics are where it’s at for me.

I think what I really want is to have some fun comics with my characters so you can see them in action instead of only being told about them.  I don’t have any ideas for a premise though, since the idea of a non-canon practice comic just seems to take away from finally getting to the real story.

I keep re-outlining and making outlines in new systems, but maybe I need to just draw the comic…but it would be so much more simplistic than I want and I’d have to redraw it later.  Basically a roughdraft.  Is it better to share the rough version of a comic with readers now, or keep waiting around till I somehow feel ready for it…?

Oh, yeah, and this last week I looked into website stuff for comics.  I got a Wix account and I’m seeing if it could work for my comics.  I’d consider using one of the webcomic hosting sites out there except I want a bunch of comics online that I’d update sporadically.  I figure it would be too unusual for a normal comic site.

But I’m still learning how to use Wix, so I don’t know if I’ll be able to move forward with it yet.  It would be nice to have a centralized cyber home.  Mostly I have to figure out databases and dynamic pages so I can easily upload new comic pages without manually creating a new webpage for each one.